Something looked and felt different about East Carolina kicker Jason Verity’s field goals in this season’s second game. It wasn’t simply hitting both tries, from 24 and 28 yards, in the Pirates’ 48-9 home-opening win Saturday over Gardner-Webb?

He has a track record for accuracy.

But a year ago, his opportunities often were reduced to salvaging points out of a stalled possession with Pirates already trailing by double-digit losses. The 2019 season opened with more of the same in the 34-6 loss at N.C. State. ECU’s only points were Verity’s first-quarter 47-yarder to trim the deficit to 7-3 and a 31-yarder with 1:18 to play to complete the scoring.

But this season may be a different, starting with the two field goals against Gardner-Webb. This time he added to leads established with touchdowns. Verity’s first-quarter 24-yarder was good for a 10-0 advantage and this fourth-period 28-yarder a 41-9 margin.

“If you break down the kicking in game into techniques and take out the mental part of out of it, hitting a game winner from the 50-yard line or if you make one in practice it should be no different,” Verity said. “I know Coach (Mike) Houston isn’t going to put me out there if he’s thinking I can’t make it.”

Verity is in his third season as the Pirates’ kicker, but his second year earned national notice. He’s on the Lou Groza Award watch list for the nation’s top kicker. He led the team in scoring in 2017 and in 2018

“You’ve got to be able to perform in those critical moments,” said Houston, whose kickers have won playoff games in previous head coach jobs at The Citadel and Lenoir-Ryhne. “We’ve been fortunate the past five years we’ve had two walk-off kicks to win games in the playoffs. We’ve always had a kicker that has been good in the clutch. He can be that for us. He’s got a big leg. He had seven touchbacks (against Gardener-Webb) in addition to the two field goals and hitting all his (six) extra-points.”

A kicker that can hit in all situations is like a golfer that can post an low score in the first round and remain in contention wire to wire with four steady rounds and maybe clutch putts down the stretch.

Verity actually has proven himself as a game-winning kicker, although it was lost in the fog of last season’s nine losses, with three by 40 points or more. Verity hit a 38-yarder with 1:16 to play to lift ECU to a 37-35 victory at home over Old Dominion. The Pirates were 2-2 at that point before losing seven of their next eight by an average of 30.1 points.

Nevertheless, the game-winner added to Verity’s steadiness over the remainder of the season boosted his confidence to another level. He played on .500 teams in high school, so the he has had to gain comfort with the pressure of the college game.

“It’s definitely developed over time now that I’ve been in the heat for awhile,” he said. “One hump that I’ve gotten over is that as opposed to going out there being nervous, I’m starting to get excited that I can help the team. That’s big part of being successful.”

Verity has led the team in scoring two straight years with 83 points in 2017 and 84 a year ago, but kickers that lead a winning team in scoring often top 100 points. ECU wants the improved aesthetics of his kicking this year to have to with a winning record rather than style point 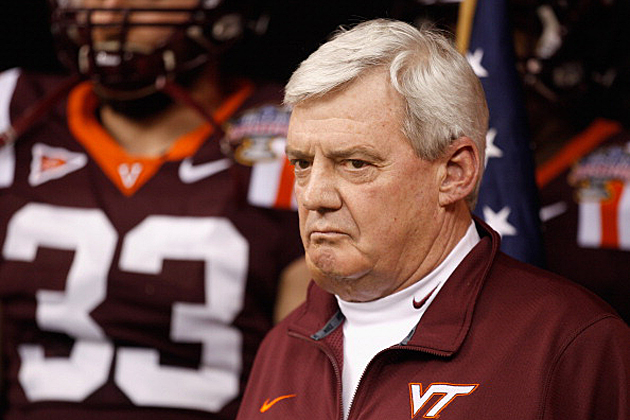 McNeill good enough for Harbaugh but not ECU