Photo: John Lynch with the 49ers, Buccaneers and Sailors

John Lynch is a double-header guy, but his circumstances surrounding the San Francisco 49ers in Super Bowl LIV are beyond fitting for the former football/baseball professional athlete and Stanford letterman in both sports.

As the 49ers’ third-year general manager, he has the rebuilt 49ers in their first Super Bowl since the 2012 season. And a day before the big game in Miami, the Pro Football Hall of Fame voters will gather in a hotel conference room to consider his candidacy as a finalist for enshrinement in Canton, Ohio.

A rare double-header, whether the weekend ends with a sweep, split or swept.

But that's not all to his life-comes-full-circle moments. The location in Miami makes it a Lynch triple-header.

John Lynch is a double-header guy, but the circumstances are beyond fitting that the football/baseball letterman at Stanford and football/baseball professional athlete has the San Francisco 49ers in Super Bowl LIV on Feb. 2 in Miami.

As the 49ers’ third-year general manager, he has the rebuilt 49ers in their first Super Bowl since the 2012 season. And a day before the big game in Miami, the Pro Football Hall of Fame voters will gather in a hotel conference room to consider his candidacy as a finalist for enshrinement in Canton, Ohio.

A rare double-header, whether the weekend ends with a sweep, split or swept.

But that's not all to his life-comes-full-circle moments in Miami.

Lynch doubled at Stanford in football and baseball when the Florida Marlins drafted him in 1992. He threw the first pitch in the expansion organization’s history as a minor leaguer with the Erie (Pa.) Sailors, and the jersey and cap he wore were placed on display at the Baseball Hall of Fame in Cooperstown.

Now imagine if his Miami weekend turns out as nicely as his last Super Bowl double-header: Super Bowl XXXVII in his hometown, San Diego. The Tampa Bay Buccaneers, with Lynch a Pro Bowl safety and vocal team leader, defeated the Oakland Raiders 48-21 on Jan. 26, 2003 at Qualcomm Stadium.

After the game, Lynch held his infant son Jake on his shoulder as he celebrated, waving to hometown fans as well as Tampa Bay partisans in the stadium. Jake, by the way, with the athletic double-header combo of genes from his dad and mother -- Linda Allred played tennis at USC -- was a sophomore linebacker last fall at Stanford. 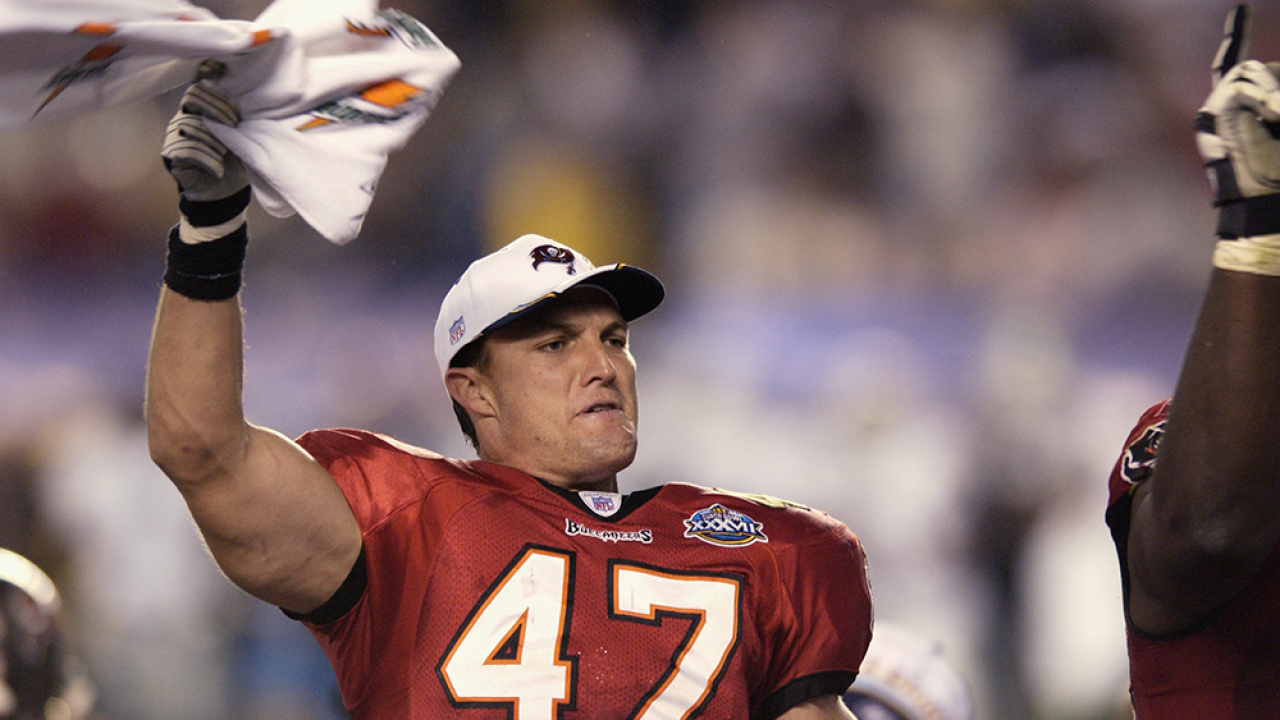 At the start of the playoffs I interviewed 49ers offensive guard Laken Tomlinson, whom Lynch acquired for a fifth-round draft pick on the even of the 2017 season. The deal jump-started his comeback after the Detroit Lions gave up on their 2015 first-round draft pick.

General managers often don’t interact much with players beyond contracts, and they are thus not necessarily popular figures. But Tomlinson told me the players' respect for Lynch is they are hoping this is the year he makes the Hall now that he is again a finalist. Upon the trade, Tomlinson noted the players appreciate Lynch and head coach Kyle Shanahan for the chemistry they have fostered in the 49ers' locker room.

“We’re all pulling hard for him,” said Tomlinson. “John is a phenomenal person. He has had a great and prestigious career, but he’s still an easy person to talk to. When I was first traded here, I had heard about what kind of a man he was and I did my research before I met him. It was reconfirmed after meeting him and Shanahan and learning what they’re all about.”

I’ve been fortunate to first write about Lynch as a nationally prominent athlete at Torrey Pines High in suburban San Diego. He was a quarterback recruit in football (before he converted to safety at Stanford) and a baseball pitcher. I told Tomlinson with the amount of talent that comes out of San Diego I’ve met plenty of kids that went “Hollywood” as professional stars, but Lynch has remained the same genuine person he was as a kid.

Here's an example: When the Buccaneers arrived in San Diego on a Sunday night before the Super Bowl, he was one of a couple of players made available to the media at a hotel conference room. Naturally, a crowd of reporters and cameras engulfed Lynch.

As much as I wanted to say hello and congratulate him, it wasn’t my place for a personal moment when there was limited time for the interview session. Instead, when Lynch spotted me, he stuck out and asked me how I was doing.

That’s the kind of guy John Lynch, now 48, has remained.

Now he has a Super Bowl in Miami, a Hall of Fame vote in Miami and a Miami organization uniform on display in the Baseball Hall of Fame.

Not a bad triple-play for a double-header guy. 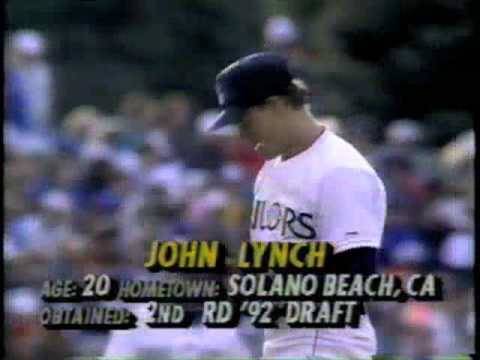