CHAPEL HILL, N.C. – North Carolina seniors Luke Maye and Kenny Williams have played Duke twice a year and a third time in the ACC Tournament the past two seasons. They know what to expect from the Battle of the Blues.

Conversely, Duke has four freshmen confronting the nerves of their first Carolina-Duke game, while North Carolina has only one freshman starter, Coby White.

The inclination is to expect to Duke’s fabulous freshmen to be in for an awakening that this isn’t just another game – even in the ACC. Advantage North Carolina, right?

Not so fast on the rude awakening, according to North Carolina’s veterans.

“Last year everybody told me it’s going to be beyond anything you can expect, beyond anything you can image,” Johnson said on Monday before the Tar Heels took the court for practice. “I took my expectations and leveled them up a bunch of times. And that’s how it played out. What everyone said the atmosphere and how crazy it would be was pretty spot on.”

Duke’s freshmen presumably have heard similar advice from the Blue Devils’ veterans that include junior starting center Marques Bolden and two juniors off the bench, Jack White and Javin DeLauier.

And it’s not like the freshmen haven’t already played in big games. Their tests range from rout of Kentucky, a loss to Gonzaga and a home-and-home ACC sweep of Virginia.

“We know it’s Duke-Carolina, but at the end of day it’s still playing basketball,” Maye said. “They’ll be playing at home, but playing in a big-time game brings out the best in big-time players. I think it will be a great game.” 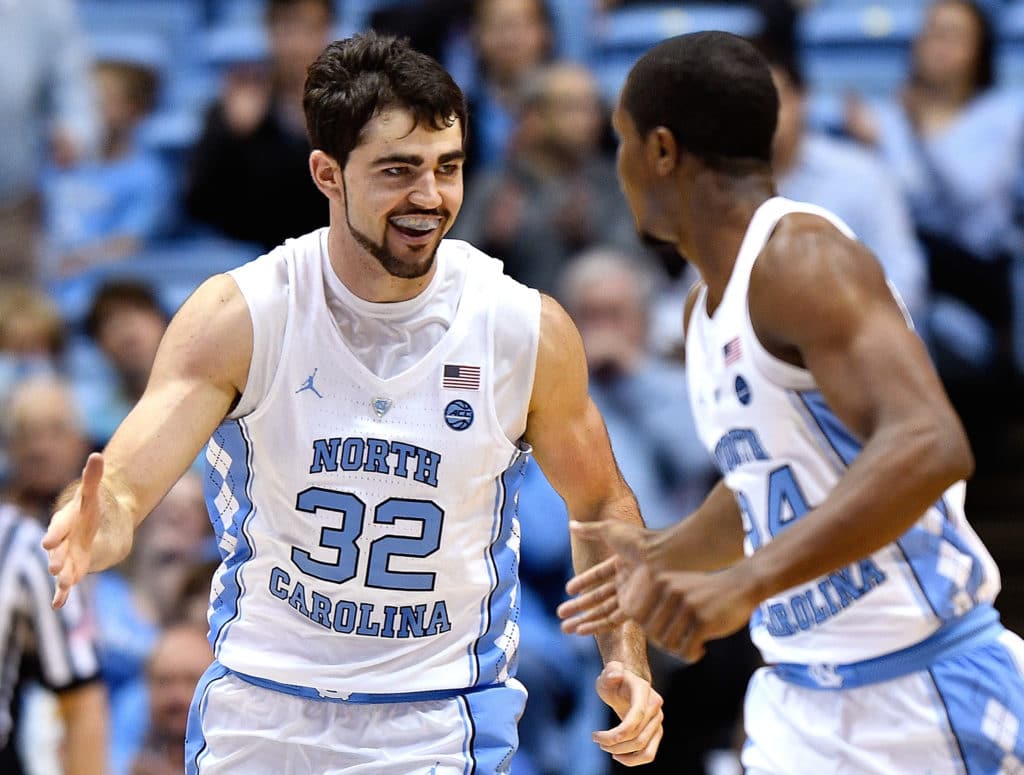 White, who faces the pressure of handling the ball against Duke’s defense, appears to be soaking in the same advice Johnson accepted a year ago.

“I’m preparing for it like any other game,” he said. “I know it’s a big-time game and a big-time atmosphere, but I feel I won’t change anything. I’ll do what I’m supposed to do to prepare and let everything else take care of itself.”

Yes, that sounds like he’s been coached to say the right things, but then he added this to let you know he does consider it just another game:

“We’re going to win,” he said. “They know we’re going to compete. We’re not going to lay down for anybody. We’ve one of the greatest coaches on our side.”

The Carolina-Duke rivalry dates to 1920 with Wednesday’s game the 249th meeting (North Carolina leads, 137-111). Williams doesn’t go back that far, but he was a part of the rivalry as a freshman on the JV team in 1969, from 1978 through 1988 as an assistant to Dean Smith and renewed his ties upon leaving Kansas to return home in 2003.

The cable age of ESPN coverage has ratcheted up the exposure of the game, especially with analyst Dick Vitale attaching himself to the rivalry like a whale barnacle while dropping names and stating the obvious for two-plus hours. But Williams says the intensity hasn’t changed once Duke coach Mike Krzyzewski arrived in 1980-81 and elevated the program.

“The first couple years as an assistant it wasn’t like it is now,” Williams acknowledged. “But after Mike got there they got really successful. My feeling is it’s been the same the past 28, 30 years. It’s a tremendous rivalry with great programs, great history and only 10 miles apart.”