The Falcons lost two of their first three games this season, but they were encouraging losses that seemed to leave their goals within reach. Coaches don’t like to talk about moral victories, but some losses reveal signs of competing at a higher level.

Air Force’s back-to-back losses followed a season-opening rout of VMI, 61-0. The Falcons traditionally open at home against a Football Championship Subdivision member that is a warmup for more challenging non-conference opponents.

The next two games resulted in losses, but in those games the Falcons nearly upset two ranked opponents. They gave No. 7-ranked Michigan a scare before falling 29-13 at the Big House. The next week Air Force opened Mountain West competition with loss to San Diego State, the defending conference champion and No. 22-ranked team.

The Falcons still seemed in a good position for the upcoming CIC games with Navy and Army or that they could overcome the loss to SDSU since SDSU is in the West Division and Air Force in the Mountain Division. But then the two-game losing streak stretched to four when the defense struggled to stop the run.

Air Force’s 56-38 loss at New Mexico was the Falcons’ second in Mountain West play. The 48-45 loss at Navy ended hopes of another two-game sweep to defend winning the CIC in 2016.

Suddenly Air Force was having trouble stopping the run, but there was still hope for a CIC series split with a win over Army. But two weeks ago the Black Knights beat Air Force 21-0. The shutout ended Air Force’s 306-game streak of scoring. It was the fifth longest in the Football Bowl Subdivision history and stretched back to the 1992 season.

Only two regular-season games remain, but Air Force is motivated to earn a bowl trip for the 10th time in 11 seasons under head coach Troy Calhoun. But true to Calhoun’s coaching style, the Falcons aren’t looking beyond Boise State.

“The only future we’re looking forward to is preparing for the Boise State Broncos,” said senior inside linebacker Grant Ross. “All of our efforts are preparing for them. We need to improve on the mistakes we made last week to have a good game.”

Ross, a 6-foot-1, 225-pound senior from Houston Kashmere, is the team's second-leading tackler with 79 as a third-year starter. He has six tackles for a loss and three fumble recoveries. He was the third-leading starter as a junior in 2016 and fifth in 2015.

Ross was also recruited by Army, but he said his recruiting trip with other future teammates influenced him to commit to Air Force.

"When I came here I thought it was a good fit in the program with the other guys," Ross said. "It's a great school with great opportunities and a great football program."

Air Force’s 28-14 loss at home last week to Wyoming dropped the Falcons to 4-6 overall and 3-3 in the Mountain West’s Mountain Division. Boise State (8-2, 6-0 MW) is still trying to clinch the division, so the Broncos shouldn’t be caught napping.

Air Force needs a fourth straight win over Boise State and another win over Utah State the following week for six wins. However, it’s possible Air Force can be invited to a bowl game with five wins. When there aren’t enough 6-win teams to fill all the bowl slots, the NCAA allows schools with the highest graduation rates to accept an invitation.

Calhoun was asked about bowl game, but he kept his thoughts on Boise State.

“For us, we’re going to work on today’s practice,” he said at a media session. “The focus, the drive, the way you have to pinpoint each and every detail we have and how thorough we have to be, that’s we need to do today.” 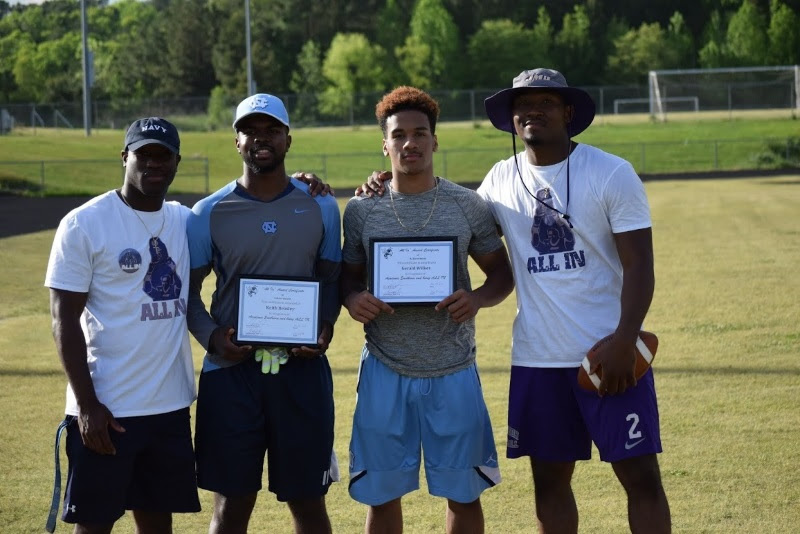