By the end of the NFL Combine workouts next week, you’ll hear about a dozen or so guys that supposedly ran a 40-yard time in 4.4 seconds. Never mind that you never heard of some of them.

You might even hear about one or two who claim to have run 4.3. Two wide receivers were credited with a 4.3 a year ago and 11 in the last three years, according to NFL Combine numbers.

I’d bet my paycheck against Roger Goodell’s that not one of them ran a legitimate 4.4.

As esteemed San Diego Union-Tribune columnist Nick Canepa has said for years, they’re all "lies." He once pointed out that Ben Johnson’s first 40 yards at the 1988 Olympics -- briefly a world-record time until erased for steroids use -- was slower than 4.3 when broken down by frames.

Pro Football Hall of Famer Bob Hayes, who popularized the "World’s Fastest Human" tag when he won the 1964 Tokyo Olympics gold medal for 100 meters before joining the Dallas Cowboys, once said his best 40 time was 4.4.

So until you can show me film of someone running down a young Bob Hayes on a football field, these 4.3 and 4.4 times aren’t credible. Good luck researching that one.

This is nothing new among track and field fans such as myself to dismiss the proliferation of 4.4 times from football players. But thanks to Ricky Williams, I finally saw the bogus system at work.

Willliams, the 1998 Heisman Trophy winner at Texas, skipped the NFL Combine and didn’t plan to work out for pro scouts. That was only the first piece of bad advice he received from his agent, hip-hop’s Master P and his representative. But when Williams' stock in the draft began to drop, it was imperative he agree to a workout, and it took place in his hometown on the UC San Diego campus.

This wasn’t a scene the NFL made readily available to sportswriters, but Williams provided unique circumstances. When it was time for Williams to run his 40-yard sprint, he took his place at the improvised starting line, while about a dozen or more NFL scouts split up to fill both sides of the finish line with stop watches.

One of the scouts instructed Ricky they would click to start their stop watches when he moved. With the 230-pound Williams churning down the field, the scouts huddled in a semicircles outside the finish line. Naturally, some had a closer view than others behind a body or two.

Then, the dozen scouts gathered, compared results and finally settled on an official time. My jaw dropped.

I don’t recall what Williams ran, but it had to be good enough to sucker then-New Orleans Saints head coach Mike Ditka. He traded for the draft rights to Williams his entire 1999 draft to that Washington NFL club named long ago by avowed racist George Preston Marshall. No doubt Williams actual time was .1 to .3 slower than what was recorded.

Times for races in track begin with the gun, not an athlete’s movement, and you can’t trust a timer with a bad view of the finish line. And what about the scout playing the bell cow role to determine Williams’ “official” time? With human nature involved, was he unbiased, generous or stingy based on Williams’ complicated personality and his unorthodox agent? What if he decided it was a 4.5 or 4.6 or 4.7? Would the inaccuracy make a difference?

I once heard Reggie Bush, the fallen Heisman Trophy winner in 2005, following his 2006 NFL rookie year answer a question from a kid at a youth camp about his 40 time.

Bush had gears when he was younger, and he displayed world-class track potential at Helix High in suburban San Diego before he focused his future on football at USC and the NFL. But he never ran 4.3. Otherwise you’d see a lot more film of Reggie running away from people when he was younger. It’s about as valid as the Heisman Trophy he had to return.

The Cowboys never got rid of a young Bob Hayes; the Saints let go a young Reggie Bush.

One reason Bush hasn’t enjoyed a successful NFL career is he can’t run between the tackles – an NFL prediction a prominent (now retired) suburban San Diego high school coach, San Pasqual's Mike Dolan, made to me when Bush was still running wild at USC. But another has been he’s just another fast guy in the NFL – not a 4.3 sprinter. And his speed hasn't helped him run between the tackles.

At last year's NFL Combine, De’Anthony Thomas, an electric wide receiver and return mat at Oregon, supposedly ran a 4.4 40 at the 2014 NFL Combine (see youtube below). Did you hear anything about him last season? He was a fourth-round draft pick who averaged only 6.8 yards a catch with a long of 30. In other words, a bogus 4.4 doesn't translate to on-field results.

The late Bob Hayes would roll over in his grave at such pedestrian stats for a “4.4” sprinter. Hayes averaged 20.0 yards a catch for 11 NFL seasons in an era when defensive backs could assault wide receivers on their patterns. He career high was 26.1 in 1970.

Let me know if you find that footage of young Bob Hayes run down from behind. 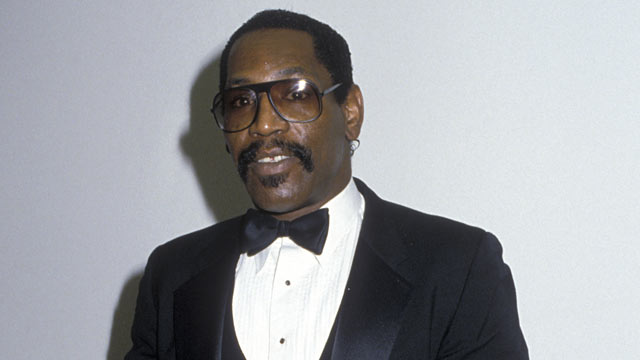 James Owens and his overshadowed history

Oscar Robertson, Johnny Green and North Carolina State’s 1958 Dixie Classic ran through my mind as I...