CHARLOTTE -- N.C. State coach Kevin Keatts grinned a cunning smile when asked if C.J. Bryce, an All-Colonial Athletic Association first-team pick for him at UNC-Wilmington, was an overlooked ACC player coming out of high school or one that has blossomed.

Keatts, seated at a table in the Spectrum Center at the Atlantic Coast Conference media day, began to tell a recruiting story about how sleepers are found.

In the summer of 2014, Keatts was beginning his first season with the Seahawks. He scouted for players at a summer basketball tournament when he saw Bryce, a 6-foot-5 wing player from North Mecklenburg High in Huntersville, score 30 points. He liked what he saw.

The next night Bryce scored only seven, but Keatts wasn’t second-guessing Bryce's potential. In fact, that performance gave him hope he could steal Bryce as a sleeper for the Seahawks.

“You never want to root against a kid, but when you're at Wilmington and you see ACC coaches sit down to watch, you’re hoping this isn’t a night he scores 30,” Keatts said. “For me, it was great the night that Clemson and Wake Forest were watching he only scored seven.

Bryce, who begins his N.C. State career as a junior this season after sitting out 2017-18 as a transfer, is ready to fulfill belief in his ACC talent. The Wolfpack play an exhibition against Chowan on Monday at PNC Arena and opens its season against Mount St. Mary on Nov. 6 at PNC.

“All along I thought I was that good,” said Bryce, seated at another ACC media day table, of his ACC potential. “I just have to prove I belong at this level.”

As a freshman Bryce averaged 10.1 points and 4.2 rebounds to help UNC-Wilmington to the CAA title and a 2016 NCAA bid, drawing Duke in the first round. Bryce scored 16 points with eight rebounds and the Seahawks had the Blue Devils on the ropes before Duke pulled out a 93-85 victory.

His sophomore season the Seahawks repeated as CAA champs; Bryce averaged 17.4 points. 5.4 rebounds with 3.0 assists. Wilmington drew another ACC opponent in the 2017 NCAA’s first round, but this time Bryce contributed only eight points and three rebounds in a loss to Virginia.

“I don’t think it was an eye-opener for my individual game,” he said of his first ACC foe, “but it was great to have a chance to play against Duke. I didn’t play well against Virginia, but I have always had confidence I can play in this conference.”

By the time Keatts accepted the N.C. State job for the 2017-18 season, the word was out on Bryce’s ACC potential. Initially, though, Keatts had no plans to bring him to Raleigh.

Said Bryce, “He thought I should stay with the success at Wilmington and what I know."

But once Bryce put out feelers he was interested in transferring, he heard from Virginia, Miami and Wake Forest of the ACC. Then South Carolina of the SEC and national power Gonzaga of the West Coast Conference showed interest.

That’s when Keatts did a 180-degree turn.

“Quite frankly, I didn’t want to play against him at another ACC school," Keatts said. "I had a good conversation with (Wilmington athletic director) Jimmy Bass and once he was released we recruited him.”

Bryce said he took an official trip to N.C. State and South Carolina before passing on any more visits.

“(Keatts) coaches with great intensity; he’s demanding,” Bryce said. “I like that in a coach. I really liked South Carolina, but I chose N.C. State for what I know and who I know.”

He finally has an ACC story to write, although it might have been a much different one had those ACC coaches watched him score 30 instead of seven back in the summer of 2014. A little luck brought Bryce to Keatts in Wilmington. Proven skill helped him follow Keatts to N.C. State. 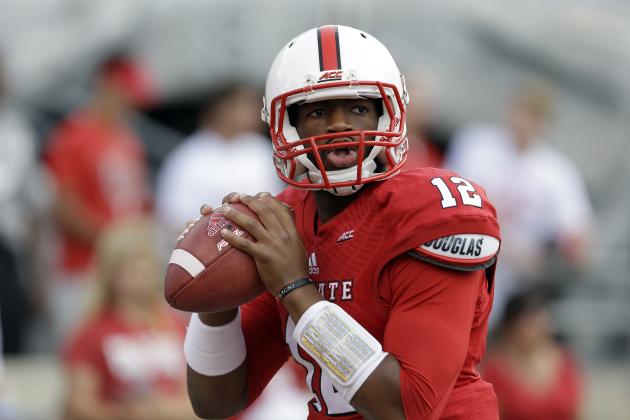 Long ACC weekend of help or hurt for the openers